All Equal: Thanks Mr. Thomas Bach

Paris 2018 Board warmly congratulates Mr. Thomas Bach, president of the International olympic Committee and his team on the success of the 2016 Olympic Games in Rio de Janeiro.

During your speech at the Rio Opening Ceremony, the board explains how all were particularly moved to hear his use of the phrase, ‘All Equal’, the Paris 2018 motto since October, 2013, when Paris was selected as the Host of Gay Game 10.

This statement, “In this Olympic world, there is one universal rule for everybody. We are all equal.”, was and is a powerful affirmation of our common goals to promote sport for all.

Emy Ritt, former copresident of the Federation of Gay Games met Mr. Thomas Bach in Paris on 30 November 2013 and had a chance to explain the objectives of Paris 2018 and its motto.

The Board of Paris 2018 invites the President of IOC to work closer with Paris to promote sport for all without any discrimination and to attend the next Gay Games in August 2018. 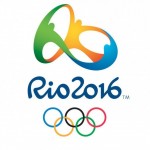